Retiring is a huge life event, and can sometimes leave us feeling like we’ve lost our identity. 70-year-old Jay Cassie talks to us about how she prepared emotionally for retirement and the 3-point plan which helped her. 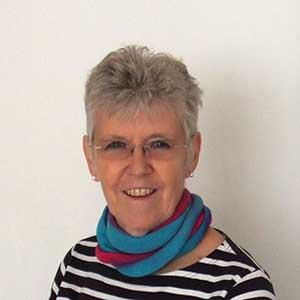 After working as Exhibition Coordinator for Earls Court and Olympia for 22 years, Jay left to work for a security company in the exhibition event business.

After that, she set up her own security company with two partners, which she still owns but doesn’t work in. She decided to retire when she was 63.

'You think retirement is nirvana'

Jay explains how she felt in the lead up to retirement: ‘I think like most people of any age, you think retirement is nirvana, you think it’s going to be fantastic. And I had worked in the exhibition business which meant I worked weekends, evenings, and long hours. It was a fantastic job, really interesting, but I suppose in a way I was quite exhausted. And I was thinking, “Oh wouldn’t it be fantastic to not get up early in the morning, not to be working in the evenings."'

But when retirement materialised, it wasn’t the dream that Jay expected, ‘I think emotionally I was dying to do it. But after 3 or 4 weeks it hit me that I could sit here looking at these 4 walls unless I personally took charge, took responsibility and did something.

'You face a lot of emotional crises'

'I think it’s really important for older people to make the most of their circumstances. You face a lot of emotional crises, but the important thing for me is facing up to them and finding a way out of them.’

Jay found that there was one vital consideration missing in her retirement planning. ‘I found that when you plan for retirement, you plan financially, you plan where you’re going to live, whether you want to upsize, downsize, move to a different country, move to the sea. But the one thing you don’t plan for - I didn’t and many of my friends said the same – is what you’re going to do with all the free time you’ll have on your hands.

'I was used to running my house, doing my shopping, cleaning, washing, and ironing. But after about 3 weeks of being retired, I remember sitting having a cup of coffee about 10 o’clock in the morning and I thought, "Gosh is this it?" But then I thought: "I could live for another 30 years, which is almost half my lifetime."'

Jay decided to make a plan for what she wanted to do with her life,‘ I wanted to write a book, start an online magazine for the over 50s, and teach catch-up sessions in my local primary school.

‘Those were the 3 things I concentrated on. And I found that it really worked. It was fantastic to spend time with small children, because I teach 5 and 6 year olds. I don’t have any children, so I don’t have grandchildren and I think it’s very easy to lose contact with the young as you get older.

'I also set up an online magazine for the over 50s, called Giddy Limits; I got very fed up with the media’s portrayal of being older, so I wanted it to be more aspirational and inspirational than most magazines for older people.

'And I wrote a book called ‘Oh My Giddy Aunt!,’ I had an exceedingly eccentric Aunt, and I used to tell a lot of stories about her – once she put all her crockery in the washing machine, because she didn’t have a dishwasher, and it was smashed to pieces! So I decided to put all of these tales into a book.

'I found it all very fulfilling. To be honest, I’ve loved getter older.'

Age UK offers a variety of information and advice if you're gearing up for retirement.

Please help us be there for older people in need

By donating today, you could help us answer more calls to our advice line, campaign harder for older people’s rights and fair treatment and provide regular friendship calls to people who are desperately lonely.