“It was Age UK that saved me.”

More than 1 million older people in the UK will feel lonely this Christmas. But for the first time in 20 years, Age UK volunteer Terrence won't be one of them. This is his story.

You've probably heard Terrence's name recently, with the 78-year-old having taken social media (and the nation's hearts) by storm. He first appeared on BBC Breakfast, explaining how he'd spent Christmas alone for the last 20 years. But this year, because of his volunteer work with Age UK, he won't be alone any more.

Terrence was born in 1941, during the war, and had two siblings. He became a nurse, taking to it "like a duck to water" and stayed in the care profession for the rest of his working life.

Twenty years ago his mother was diagnosed with cancer, and died three months later. "It took me a long time to get over the death of my mother," he says. "[We] had been exceptionally close".

Terrence has spent the last 20 years having #Christmas on his own 💔
This year is going to be different... @age_UK pic.twitter.com/4pNRXvfzCq

Terrence subsequently became very ill and had to go through major surgery. When his partner of four-and-a-half years ended their relationship, Terrence found himself "in a dark place, in this hole I couldn't get out of."

Fortunately, a friend suggested Terrence talk to Age UK. He attended a computer class at Age UK Oldham, and eventually joined their group for older LGBT+ people, 'Out and About'.

More recently he started volunteering as a befriender to Nancy, a 90-year-old lady with dementia, visiting her every week. "I just love doing the volunteering because it's helped me so much," he reveals. "I was always on my own and then along came Age UK."

This year, the care home Terrence visits Nancy at has invited him to have Christmas dinner with them.

The public has also been moved by his recent appearance on BBC Breakfast. Dan Walker, one of the hosts, asked during an interview if Terrence had a Christmas tree this year. When Terrence said no, students from Oldham College visited his house with a tree and helped him to decorate it. Carol singers also sang one of his favourite songs, Silent Night, outside his house, which left Terrence in tears.

Terrence was later invited to see John Barrowman in concert. The two met backstage before the performance, with Terrence giving John a rainbow rug as a gift. John Barrowman said that when he heard Terrence talking about losing his mother, "it struck a chord".

Terrence has been met with a wave of love and support this Christmas, and Age UK want to be able to extend that to all older people experiencing loneliness and isolation. Appearing on BBC Breakfast, Laurie Boult, our Director of Fundraising, said: "Terrence shared his story for all older people, because he wanted to support Age UK in letting people know about loneliness and encouraging people to get involved."

Terrence has spent the last 20 Christmas Days on his own.
So #BBCBreakfast, @mrdanwalker and @OldhamCollege wanted to bring him some Christmas cheer 🎄❤️ pic.twitter.com/kD6jNKsFZW

Christmas can be an especially lonely time for older people. Our research shows that 330,000 older people in the UK aren't looking forward to Christmas because they'll spend the day alone.

If you, a friend or relative are worried about spending this Christmas alone, call our advice line free on 0800 678 1602, get in touch with your local Age UK or visit Reengage to find out what's happening in your area on Christmas day.

Here for you this Christmas

When others are enjoying quality time with their families, an empty house can feel all the more quiet. But Age UK is always here. The Age UK Advice Line is open 8am – 7pm every day of the year, even Christmas day. 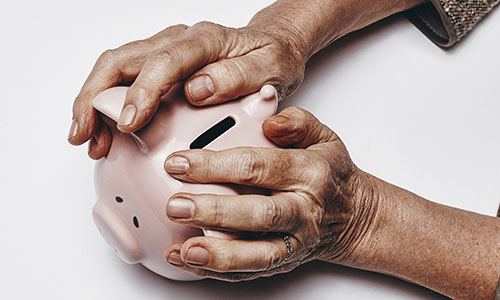 Getting lower earners a fair deal in pension saving

Over 1 million pension savers aren't getting the Government contribution to their savings. Age UK wants this to change. 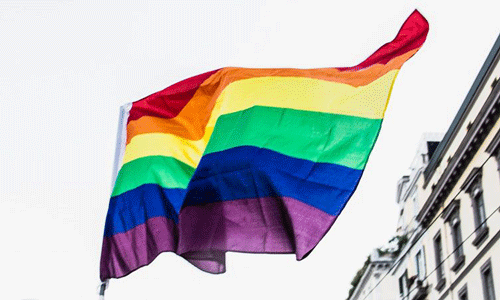 Age UK recently revised its LGBT+ content to better reflect the diversity of experiences in older people. Here's how. 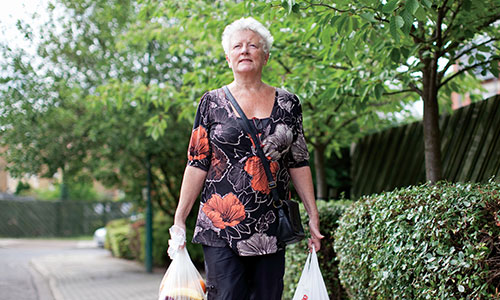 The decline of cash during the COVID-19 pandemic

Joel Lewis examines how the decline of cash affects older people during the COVID-19 pandemic and beyond. 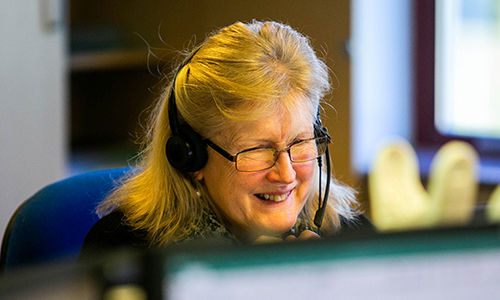 The Age UK Advice Line is open on Christmas Day. Team member Alison explains why it matters to be there at Christmas. 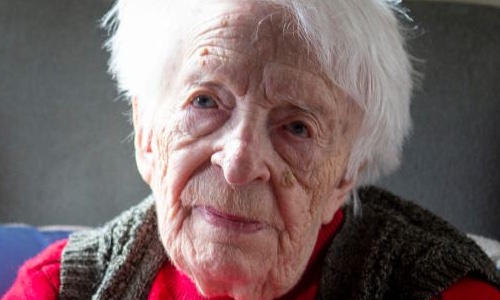 Making sure ‘no one has no one' this winter

Age UK's Charity Director discusses the importance of being there for older people during a winter unlike any before.

Ricky Tomlinson calls to save free TV for older people

Actor Ricky Tomlinson backs Age UK's Switched Off campaign to save free TV for older people, and stars in our new video.