The restorative power of poetry

“Writing allows someone to be undiminished on the page...”

Poet Magi Gibson has re-published a collection originally released 21 years ago that passionately reflects upon social and political issues. Much has happened in the years since, though her work remains a tremendous driving force in overcoming the challenges of advancing age.

Magi Gibson is a celebrated Scottish poet. She recently re-published Wild Women of a Certain Age, a collection originally released 21 years ago that powerfully grapples with a range of issues and emotions. Magi, now aged 68, discusses her work, the challenges later life brings, and the importance of perseverance. 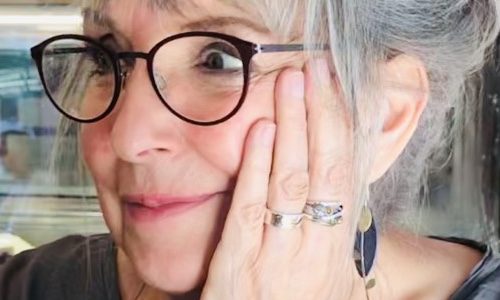 Magi started writing “accidentally” in 1985, having given up work to look after her two young children. She eventually signed on for what she thought was a women’s book group, which she admits to selecting because it had a creche, but soon realised the group expected participants to come up with their own creative writing too. “I was in deep shock,” she recalls. “I came from a very working class background, and while I’d gone to university and was teaching at a secondary school, to be a writer was so far out of my own sense of what someone like me could do.”

Four weeks into the course and with the expectation of writing something looming, Magi decided she couldn’t go back to the group. Thankfully, her then-husband managed to change her mind, encouraging her to give it a shot. Magi sat at the dining table, poured herself a gin and tonic, and began to write. She intended to write a story but out came a poem. That’s strange, she thought. She poured herself another gin and tonic, and wrote again. Another poem soon appeared. “It seemed to just be the way my internal monologue worked,” explains Magi of why she thinks she gravitated towards the form. “I was not once asked to write a poem when I was at school. It almost felt dangerous to be doing it, as it was such a step outside of what people like me were allowed to do.”

Magi’s work tackled important issues from the off. The second poem she wrote that fateful night was about her father’s work dungarees, based on a suppressed memory of 11-year-old Magi’s best friend being told not to play with her because of the the dirty state her father — a slater, plasterer and chimney sweep — arrived back home from work. “It was a memory of hurt,” recalls Magi. “But, ultimately, it was a poem about class that includes the lines: ‘They set me firmly in my place where I should stay/Never dream of straying upwards/Of being seen with them, teachers' and bankers' daughters’.

Wild Women of a Certain Age 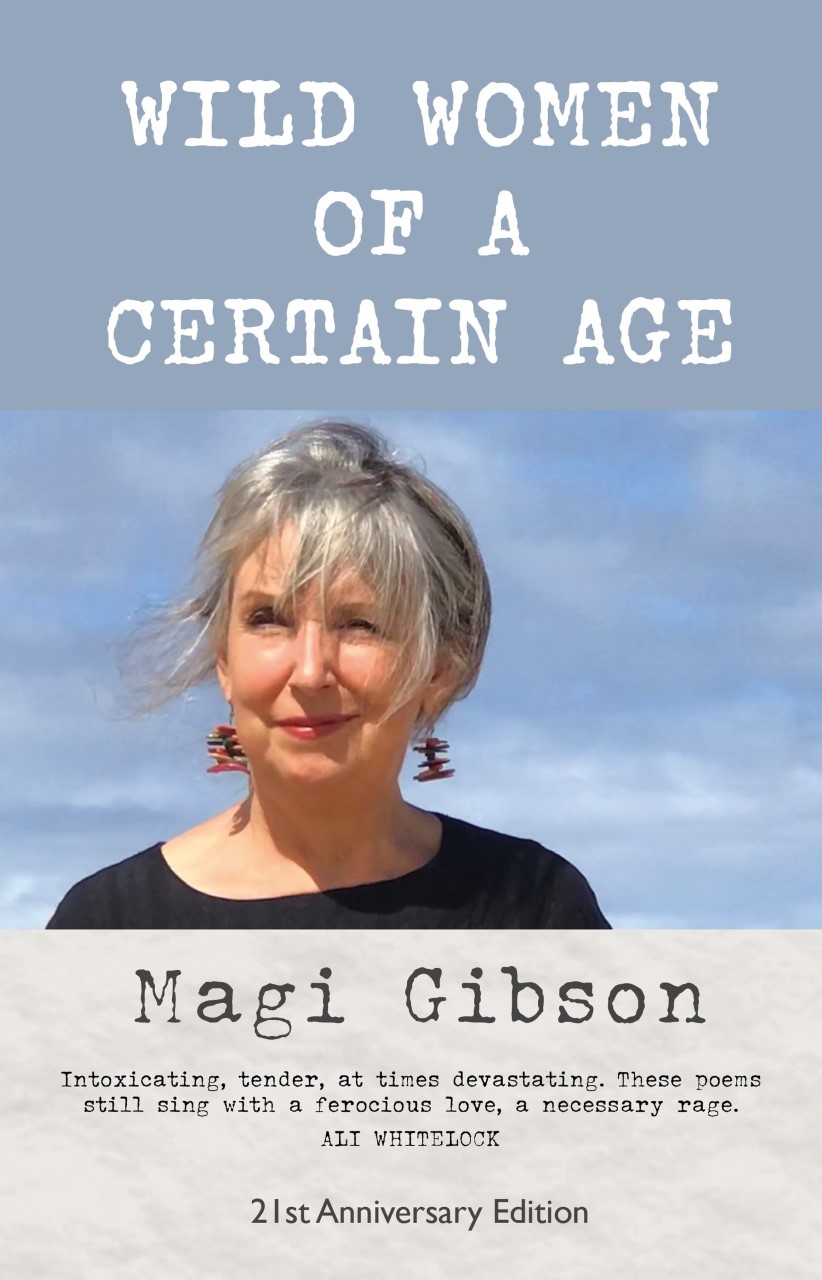 The first poem Magi wrote over G&Ts was called Tupperware Torture, about the stifling limitations of domesticity, featuring lines like: ‘It isn’t easy to think straight/face to face with a plastic plate’. It was later featured in her collection Wild Women of a Certain Age, which has recently been re-published. That title, as explained in the book’s introduction, came from an encounter in an Irish pub, when Magi and a friend were passed by a young man, who took one look at the duo and said, ‘Well, there’s a pair of wild women’, to which Magi speedily added, ‘...of a certain age’.

Magi laughs now at the opening line of the poem Wild Women of a Certain Age, which begins: ‘My sisters, the time has come to let your hair grow wild and grey’, because when the book was originally released, she barely had six grey hairs to speak of. She had, however, dealt with serious challenges. In her mid-thirties, Magi had a double mastectomy after being diagnosed with breast cancer, which provided the impetus for a collection that allowed her to find out who she was as a woman. “Wild Women of a Certain Age was me affirming who I was and where I stood.”

Twenty one years later, the words Magi wrote still carry great weight for her readers, even taking on greater importance in their more painful moments. “Despite being a wild woman of a certain age, I’ve not escaped its challenges,” jokes Magi. A couple of years ago, she suffered four fractured vertebrae, caused by severe osteoporosis she believes was a result of the hormonal changes of the menopause. It left her unable to pick up her young grandchildren and two inches shorter than she used to be. “It was an extremely difficult time, but I had to learn to live with the continued threats of it, but fortunately my writing isn’t affected by it. Knowing that I’ve got this life that goes on outside these health issues was very important to me, and I’m incredibly lucky to have it.”

Magi is given comfort by the restorative power writing allows her. “I will not allow myself to be diminished,” she explains. “And writing allows someone to be undiminished on the page.” She also has the memory of her late parents, both “powerhouses” in their own ways, as sterling role models of later life. She recalls her mother up a ladder, painting the kitchen in her early eighties; and how, as heart failure began to take its toll a few years later, she insisted she felt like a 21-year-old. Her father, meanwhile, outside of his many other jobs has been a Scottish wrestling champion, who was still refereeing wrestling at the Commonwealth Games well into his sixties. “They were people who got on and did things,” says Magi proudly. “Life throws things at you and it can be very difficult, but you have to find ways through. My parents did and I do too.”

Photo of Magi by Ali Whitelock