We've all got a story to tell. We're working with Cadbury to celebrate the life stories of older people.

225,000 older people often go a whole week without speaking to anyone at all. And this year, more than 850,000 older people could be spending Christmas alone.
We've partnered with Cadbury to encourage everyone to have a conversation with an older person, celebrate the story of an older person you know and support Age UK's vital services helping to tackle loneliness.

Share the story of an older person you know

Join us in celebrating and older person and share what you think makes them amazing using our simple online form. Here are some stories from other wonderful older people to inspire you.

"The kitchen was where she always wanted to be."

"My Grandad always tells us stories of when he was a young lad."

"Thank you for inspiring us in ways beyond words!"

Working together to tackle loneliness

We've all experienced loneliness at some point – especially this year. But for 1.4 million older people in the UK, loneliness is a daily reality. And we are missing out on their stories, words and wisdom.

That’s why Age UK is here. We provide advice, support and friendship to older people who have no one to turn to.

Saffron volunteers for our Telephone Befriending Service and shared this story with us: 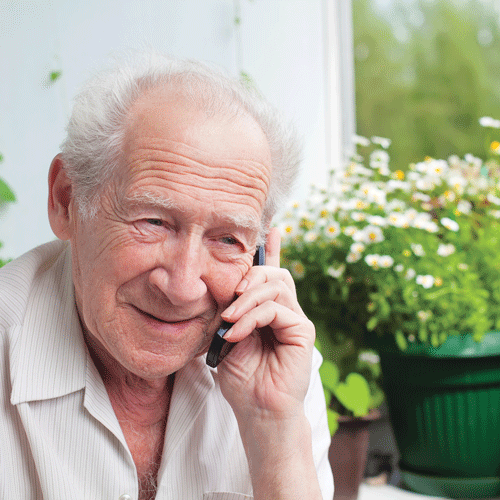 "My telephone friend Paul and I have had weekly calls since March 2020.  Paul is a lively, lovely, engaging character. He has so many layers has been through so much pain and yet has so much warmth, insight and cheeky humour. Thank you Age UK for your amazing initiative and for allowing the younger generation to learn from their beautiful elders."

The Age UK Advice Line is available every day of the year to provide answers and reassurance when they’re needed most. And our telephone friendship service provides thousands of lonely and isolated older people with a regular chat, sometimes the only conversation they'll have all week.

Our work is only possible with your support

Without kind donations from people like you, we wouldn’t be able to provide vital help and support to the millions of older people who rely on us each year.

It's quick and simple to share a story using our online form, and there’s a chance we’ll feature it on this page as part of the campaign. 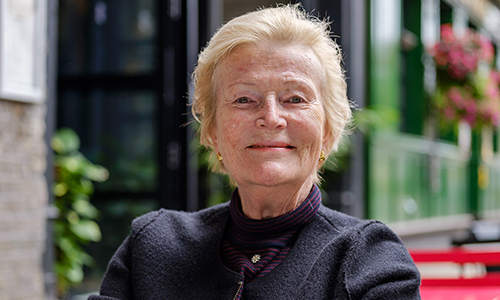 Anne Willan has led the most extraordinary life in three different countries. Alexandra, who works for Anne, explains what makes her boss so inspiring.

"Born in Newcastle (1938), she lived the first third of her life in the UK. In 1960, she was awarded a master’s degree in economics at Cambridge University, where she was one of two women in her class of a hundred men. A woman economist was a curiosity and, as she soon discovered, unemployable.

To fill in time, she took cooking classes at the Cordon Bleu in London. Two weeks were enough for her to realise that the kitchen was where she always wanted to be. After a couple of years as a junior teacher, Anne was determined to explore the home of the finest food in Europe, France.

She went to Paris for three months, and stayed for two years at Le Cordon Bleu, catering parties, giving freelance cooking classes, and heading the kitchen of the curator of the Château de Versailles, who entertained the likes of Charles de Gaulle and the Duke and Duchess of Windsor. It was here that Anne met her husband Mark Cherniavsky, also an economist from England, who enjoyed travelling, collecting books and, most importantly, good food.

After two years, in 1963 Anne moved to New York and became an associate editor of Gourmet Magazine. Two years later, she and Mark were married and living in Washington D.C. with Anne a food editor of the local newspaper, the Washington Star. Their children were born in the U.S. and Anne became a citizen in 1973. After moving back to France in 1975, Anne opened her own cooking school in Paris called Ecole de Cuisine La Varenne.

In 1982 La Varenne was transferred to Chateau du Fey in Burgundy, continuing with classes until 2007. From 1994-2010, Anne wrote food columns for the Los Angeles Times. She enjoyed a lifelong friendship with Julia Child and is a well-known cookbook writer, with more than 30 books published. Anne recently moved back to London to be nearer her family, where her latest book, “Women in the Kitchen”, was recently published. Anne is an amazing woman!" 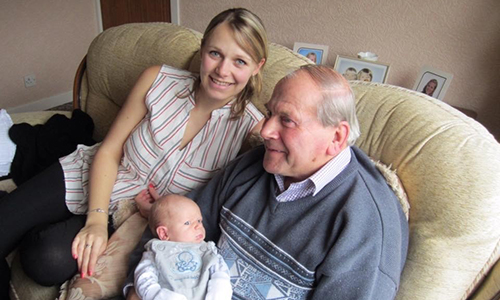 Lauren won our share their stories competition by sharing one of her favourite stories her grandad has told her. The competition is now closed but we're still accepting submissions.

After hearing that Lauren won the prize, she told us, “I’m completely blown away to have won, I never win anything. Can’t wait to see what is inside the hamper, I’m sure it will go down a treat with my family.”

She loves speaking with her grandad, Thomas, and hearing all the stories of when he was a young lad. The one story that always gives her a smile is the one of bath time back in the day!

“Being one of 11 children, grandad was part of a very large family. He once told us about bath time and how they all had to wait their turn to get in the tin bath by the fire. As you can imagine, the last few suffered a lot less favourable water conditions!

My grandad had a friend who was an only child from a fairly wealthy family. This family even had their own bathroom with a lovely white roll top bath. Problem sorted you may think, but no. This friend used to love the idea of having a bath without being in his own, so rather than have one in his clean, white bath at home, he used to run down the street with his towel to get in theirs!” 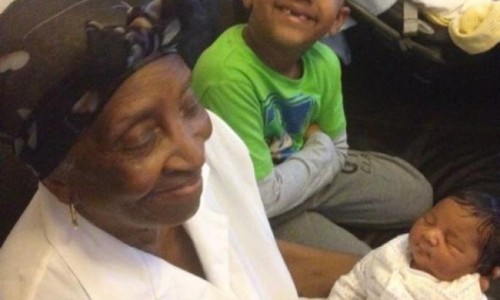 Prisca Alexander journeyed from St Lucia to the UK, raising her nine children in challenging circumstances. Throughout all the hardship, she always made sure her children didn’t go without. Her granddaughter, Naomi, explains why Prisca is so special to her and the family.

"My grandmother is 90 years old. I wish I’d understood years ago the courage and resilience she has shown over the years. But they say, with age comes wisdom, and through her I’m becoming wiser.

Prisca is the mother to nine children (sadly two have passed away). She became a single parent in her 40s as her husband, my grandfather who I sadly never got to meet, died from lung cancer in his early 40s. I’ve heard stories about her journey to the UK from the Caribbean island of St Lucia.

She experienced rough living conditions and day to day life as a mother of 9. I remember my mother telling me how upset she was to receive a set of colouring pens on her birthday, realising that was all she could have probably afforded at the time. But one thing my mother always remembers was that she never went hungry. Throughout the struggles and strife, there was always food on the table.

Now a mother myself, I always tell my children how lucky they are to have their great grandparent around. It can be rare, so cherish those moments whenever you can. Over the years she’s seen the people closest to her family and friends pass away, and that can’t be easy, but I'm glad we all have her to look up to. She’s the matriarch of the family, the one whose ways live on through those closest to her.

She’s inspired me to set up a project called Prisca’s Passage, where I send and donate items to women and children in the Caribbean whose lives are similar to what my grandmother experiences. Prisca (granny), thank you for inspiring us in ways beyond words!”