Human rights are for us

This week I attended the world premiere of Sunrise, not Sunset, a wonderful film directed by human rights advocate and campaigner, Debora Singer MBE.

The film is about Edith and Sydney, who have been married for over 60 years and who now require varying levels of care. Sydney lives in Sunrise, because Edith is no longer able to provide Sydney with the care he requires but she is hoping to get a place in the same care home so that they can spend the rest of their days together.

But when Edith is offered a place in another care home, Sunset, ten miles away from Sydney, she and her adult daughter Judith are heartbroken. However, hope comes in the form of Sydney's wonderful carer who tells Judith about the Human Rights Act and how they can use the Act to uphold Sydney and Edith's right to private and family life. The film is touching, personable, funny and uplifting.

What is also remarkable about the film is that it is inspired by the true story of an older couple who successfully used the Human Rights Act to live together in the same care home.

Without the Human Rights Act, this couple probably wouldn't have been able to successfully argue their case to the Local Authority. Sure, they could have taken a case to the European Court of Human Rights in Strasbourg but in reality, this would have been a long, costly and time-consuming process which would be difficult for most people, but even more difficult for older people who are likely to experience particular challenges, including lack of mental and physical capacity as well as limited financial means, to bringing such a case.

The Human Rights Act has received a pretty bad rap since its implementation 20 years ago. It is often portrayed as something that is only used to protect 'terrorists' and 'criminals' and even as something that goes so far as undermining our security. In comparison to rights about discrimination in the workplace for example, it is arguable that the goal of creating a better awareness of human rights throughout society has not been achieved.

Which is why films like this, which show how the Human Rights Act can be used by ordinary people in their everyday lives is so important. The origins of the Act should never be forgotten: that it incorporates the European Convention on Human Rights into UK law, and that it was drafted in the aftermath of the atrocities committed against millions of ordinary men, women and children during the Holocaust.

The debate on human rights in the UK needs to be reframed to emphasise the valuable protection it can give us when we are at our most vulnerable, in a way no other piece of law can. Just ask Sydney and Edith.

So happy birthday Human Rights Act and thank you for all that you do for us – the ordinary people living ordinary lives.

This article was written by Emily McCarron, Policy Manager for Equality and Human Rights, at Age UK 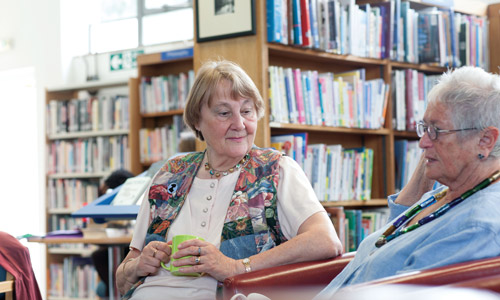 Say no to ageism on International Day of Older Persons

Everyone should live with dignity and respect Birthday cards that mock ageing; negative comments about ‘looking old’...