Staying connected with your roots

In our fifth and final article for Black History Month, we meet Colin Williams to discuss his work with Age UK Bradford District, where African-Caribbean older people from the local area are provided with vital opportunities to connect with their culture and each another.

Age UK Bradford District offers the opportunity for African-Caribbean older people in the local area to socialise and celebrate their culture. How have they overcome the challenges presented by the Windrush scandal and the coronavirus outbreak?

Caring is in the blood

Colin Williams’ mother became a carer in a nursing home after arriving in the UK from Jamaica in 1960. Stepping off the plane, she wept when she saw snow for the first time and mistook the stark, smoking factories in the distance for where British people lived.

That culture shock continued when his mother started work. She was 5ft 10" and, according to Colin, “heavy set”, which meant she was well placed to assist the more vulnerable older people when they had falls. Her physical strength didn’t make her impervious to the words of others though, and she frequently experienced and witnessed racist attitudes, which gave her a lifelong distaste for injustice.

Colin’s mother died aged 90, having shared many memories of her experiences with her son, who would follow her by helping older people. Colin has worked at Age UK Bradford District for 4 years and is Hub Development Coordinator. Prior to the outbreak of coronavirus, many of his responsibilities focused on the Mary Seacole Court Day Centre.

To understand the significance of the Mary Seacole Court Day Centre, it’s important to understand the significance of the incredible woman it’s named in tribute to. Mary Seacole was a nurse and businesswoman. Born in Kingston, Jamaica in 1805, her mother was a Jamaican healer and her father a Scottish lieutenant in the British Army. She is best known for her medical work in the Crimean War.

During the conflict, which lasted from 1853-56, Mary asked the British War Office to be sent to the Crimea (part of the Ukraine today) as an army nurse. Despite her request being refused, Mary remained undaunted, funding her own trip to the region, where she founded the British Hotel to care for wounded soldiers. Given that the hotel was close to the fighting, Mary would often tend to casualties on the battlefield. Her caring treatment earned her the nickname ‘Mother Seacole’. 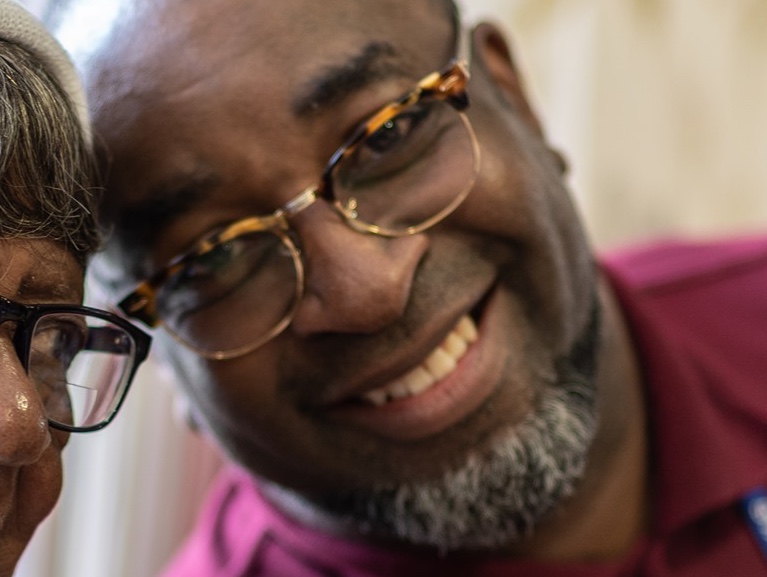 We celebrate each other's cultures as much as humanly possible. It’s about education: you learn from us, and we’ll learn from you.

The centre is for the over 55s, with most attendees in their sixties, seventies, and eighties, and the oldest being 97. These older people are predominantly, but not exclusively, of African-Caribbean descent and living in the Bradford district, who come to be in a sociable environment, take part in activities that promote independence, and get a taste of each other’s cultures through stories and food. “We celebrate each other's cultures as much as humanly possible,” says Colin. “It’s about education: you learn from us, and we’ll learn from you.”

This service had started out in just one small room. As positive word of mouth spread, however, the number of older people grew, resulting in moves to increasingly larger spaces to accommodate everyone. This eventually resulted in the move to the centre. “The beauty of it is that many people are from the Windrush generation, who came to this country between the 1950s and early 1970s,” explains Colin. “A lot of them would have lost touch with people they knew, as their circumstances changed over the years, but life has a way of bringing things full circle. Over time, the older people would begin to ask one another questions and realise they had these connections, with people and places in common, which brought them even closer together."

Colin says that there were several visitors to the centre impacted by the Windrush scandal. “I had some very worried older people saying they didn’t have a passport,” explains Colin. “They’d been invited to come to this country many, many years ago but were now effectively being told they didn’t belong here because they didn’t have a British passport or the correct papers. Thankfully, we managed to get help for those individuals, and they’re now free of stress. It’s not how anyone should be treated.”

It’s a struggle for many. They were used to coming out, meeting up, having a laugh and a good chat.

The impact of coronavirus

Before lockdown, Colin was registering upwards of 45 older people to the centre on a Tuesday, Wednesday and a Thursday. Due to Government cuts, however, Age UK Bradford had to reduce the service to 2 days. The arrival of coronavirus made the situation even more challenging, taking away the ability for socialising.

“It’s a struggle for many. They were used to coming out, meeting up, having a laugh and a good chat. Suddenly, older people were told they had to stay at home, so I’d receive phone calls from people asking when we’d be coming back and resuming the service. I’m still getting those phone calls now, asking when we’ll be back, but we must wait until the Government gives us the go ahead.”

Colin was furloughed during lockdown, so volunteered to deliver food parcels to older people who were shielding, under the umbrella of the 'One One Cocoa Full Basket' initiative. “It gave older people a way to still see us, and they’d all be asking how everyone else was doing, so we’d pass messages of best wishes between them.”

We will be back!

Among those adjusting to life without access to the centre is Pearl. Pearl was born in Jamaica and came to the UK in 1961, aged 21. She’s lived in Bradford ever since and used to work as a nurse. “Most of the people in the area were White and didn’t like Black people,” says Pearl of her initial experiences. “But colour didn’t come into it at the Mary Seacole Centre. It offers friendship and a way to learn about each other's languages and cultures, as well as the chance to laugh and joke. It was good that we could have meals that everyone was accustomed to, as the cook would know where people were from. Everyone would say they found the West Indian Food very tasty.”

“It’s not too bad,” says Pearl of coping with the current situation. “We don’t just give up – we continue to speak to each other by phone now. We will be back!”