“We knew that what we were doing was important, but we didn’t know how.”

Terry shares her recollections of World War II and the vital part she played.

This weekend marks Remembrance Sunday, when we commemorate Britain’s war dead. It is naturally a time for reflection for those who lived through the Second World War.

They include 97-year-old Terry, who features in Age UK's Christmas campaign and played a pivotal role in the war effort.

Terry turns 98 on Christmas Eve. And while she doesn’t do it these days, she’s been known to round her age up to make herself seem older. She did so in 1941, when she was 17, to enlist in the army, leaving her small Norfolk village for the first time in her life to travel alone to London. “I had all the information about where I had to go written down,” she recalls now. “I didn’t speak to a single other person on the way there.” And while Terry admits to being frightened at the time, she had no doubt she was doing the right thing. “I had to go and do my bit. I was quite bossy in those days.”

It’s a good thing Terry did, as the work she became involved in proved to be central to a turning point in the war. She eventually became part of a team responsible for working out the most effective way to apply waterproof to the DUKWs, known as 'Ducks', the landing craft that allowed Allied soldiers to get on to the beaches at Normandy on D-Day on 6 June 1944, the largest seaborne invasion in history. “We knew that what we were doing was important, but we didn’t know how,” explains Terry, who was preparing to go to Japan by the time D-Day came around, when the plan was for troops to land on the country’s many islands.

“I used to go to church with my section,” says Terry of how she used to mark Remembrance Day. “I used to get emotional when I’d watch the service with my father, who used to have a tear in his eye, though he wouldn’t like to show it.” Terry’s father had served in the First World War and been confronted by such harrowing experiences that for many years he was unable to go to church. “These days I wear a poppy and I watch the service at the Cenotaph, but that’s about as much as I can do these days.”

A prolific writer, Terry has chronicled various episodes from her life, including her experiences of the war. Here, in her own words, she skillfully summarises those years and the emotions of a period in which so many lives were lost.

Terry's experiences in her own words

One day, I found this application form to send in and be sent for a medical. I didn’t tell anyone, and a few days later, I got a letter through the post. My mother picked it up and said, “What is this?” I had to confess what I had done, and we had a dreaded argument. Well, you can imagine me as a teenager, arguing, thinking I knew everything. My mum told me that they wouldn’t give me permission and I’d have to wait until I was 18. So, I didn’t know what to do then!

She said that I was free to go to the medical if I wanted, but that I’d be sent straight back. So, off I went to Norwich, went to the medical. I passed and they asked if I wanted to come in a week’s time. I went home, told my mother… I can’t even tell you how angry she was. I was in so much trouble.

At the time, you joined the army as a volunteer and could come out again. This was changed later in the year when it became compulsory for you to stay in for the duration of the war. Because there was still a little leeway, my mother thought, ‘Right, this will show her’ and she let me go.

So, off I went at the age of 17 and a quarter. I didn’t know where I was going at this point. I had to get up early to catch a 6am train. I’d never been out of Norfolk by myself before, so it was very scary. I then went to King’s Lynn and then had to change to get to London. I got to Liverpool Street station and then I needed to get to Paddington. It was so crowded, but I decided I wanted to be independent. I didn’t ask anyone for directions, found a train and got on. Eventually, I got to Paddington.

I began to see some different people with suitcases, and we started to join up and speak to each other. It was a terribly long journey trying to get to a remote place in Hertfordshire. Once we got there, we had to hop on the back of a big lorry, and it took us to this big, gated building.

I was so tired at this point. I don’t remember much of it, but people were being taken off in groups and for some reason, I was left until last. Eventually this officer came up to me, I told her that I’d been travelling since 6am. I was so insulted, she said: “Would someone come and help this poor child and find her a bed.”

I was taken to a little hut which held about five or six people. There was no one else in it, it was just me. I was told to expect some other people that evening.

The next day, we started to learn how to be soldiers. We were there for a few weeks. You can’t believe how long it takes to get into the army. There are all these forms to fill in, all these questions to answer. From there, we were posted out to two different units in the country. I got sent to a place called Slough, which at that time was in Buckinghamshire. There were only two of us sent there.

I had no idea what to train for in the army, so I trained to be a store woman, issuing food, clothes, and things like that. I thought that’s what I’d be doing. They took me into this big hangar. It turned out that it was a mechanical transport stores depot. We had to issue spare parts for army vehicles – from tiny washers through to lorry gearboxes.

I remember this man called Mr Collins. He was like something out of a Dickens novel. He sat on this tall stool with this great big book. In this book, we had to enter all the orders that came in. It did feel very Victorian actually.

Once I’d learned how to do all of this, I got a section of my own. It was all parts for Austin vehicles. We did a lot of parts for utility vans mainly, but also the Austin lorries and things like that. I got quite proficient at this. We had trainees that we had to train up.

Some decision must have been made high up, and they suddenly opened a new department called the Waterproofing department.

I was called up and I was wondering what I had done. I thought I was in trouble! But it was someone asking me if I’d like to go and work for this new department. I accepted and was moved to a new depot. It was a totally new thing!

I was taken into the new unit. There were just some offices and everything else was empty. They showed me my office and told me that I oversaw it. I just thought, “What am I in charge of? There’s nothing here!”

The next thing we knew, all these boxes started turning up. We had no idea what was in them. It was chaotic. Finally, we had some documents in and we started to figure out what was in them. I was sent on a day course, and they explained that in the boxes was everything that was necessary to waterproof the engine of a vehicle.

We guessed that this must be for invasion, for vehicles that needed to come off boats or something to go onto land. That turned out to be true. Of course, on D-Day we saw them. The trucks came off the back of the Kitchener Ducks and into the water once they landed. Very few of the trucks were lost because of the work we had done. D-Day was the first time we knew what we had been working on.

I had two close calls with doodlebugs during the war. I remember them clearly. The one time, I was riding my bicycle on my way to work, and I suddenly heard this funny noise. I looked across and saw what looked like a plane with smoke coming out of the back of it coming down. Everyone was running. Luckily, there were three warehouses between me and where it landed, so I didn’t get the blast. However, the vibration in the ground was enough to knock you off your feet. The other time, my friend and I were walking by the Thames, and one came over our heads and off towards the direction of Windsor Castle. It landed somewhere over that way.

I remember VE day. We were still stationed in Slough, and my friend and I went to London. It was utter chaos, there’s no other word for it. It was packed with people everywhere. I didn’t like it too much. Everyone was very drunk, climbing up lampposts and things like that. People were cheering and saying things like “It’s over.” But it wasn’t over, we were still at war with Japan.

I was really worried about our men. At the time, we thought that our men would have to go and land on those islands and there would be a massive loss of life. I couldn’t see why we were celebrating.

We stayed a couple of hours around the Trafalgar Square area. I was glad when we could get on the train and get back in the quiet. I can’t say I enjoyed VE day. It was good that that part of the fight was over, but we hadn’t finished. It was a mixture of relief but also worry.

Back in Slough, we were continuing to produce packages for vehicles. We thought that the invasion of Japan was going to be particularly difficult, because of all the different islands. Of course, that was before they dropped the atomic bombs. Once that happened, it became unnecessary for us to carry on with what we were doing. Japan had collapsed. We didn’t need to fight any further.

A volunteer for 30 years 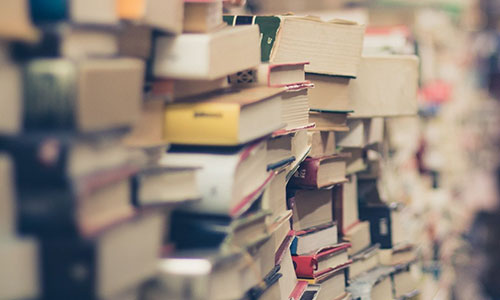 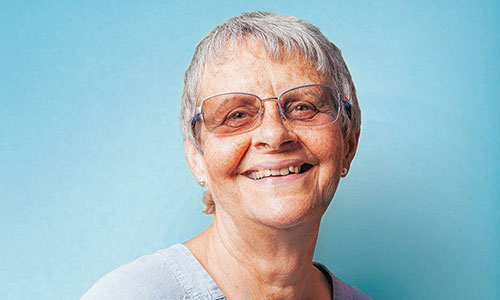 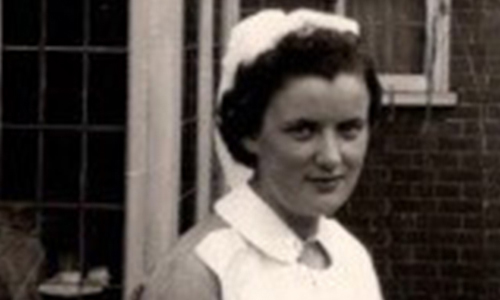 Why vaccines are so important

Ruth, 82, encourages everyone to get the coronavirus vaccine, based on experiences dating back more than 65 years. 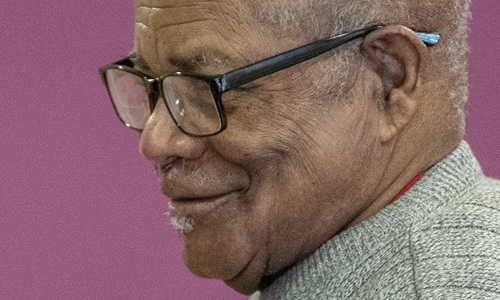 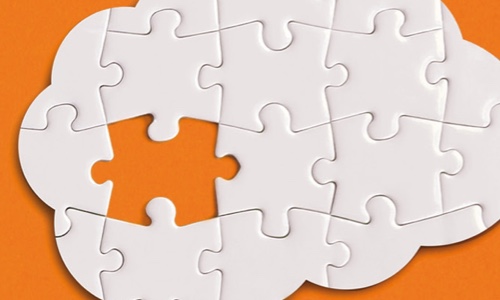 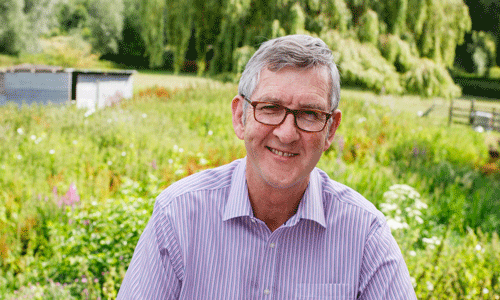 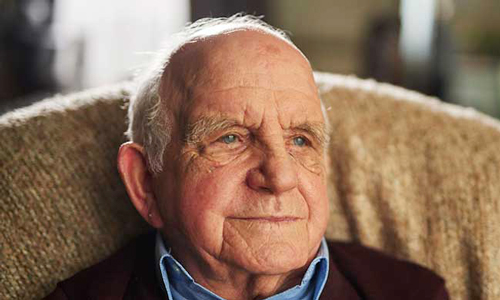 Highlighting the health and care needs of older LGBT+ people, and what can be done to improve their experiences. 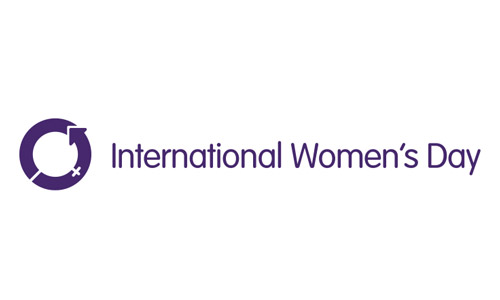