The women of walking football

We catch up with Age UK Sheffield’s Walking Football programme to hear more about the older women embracing this traditionally male-dominated sport.

The Beautiful Game has been an important part of life in this country for decades. And yet, despite the many successes of England’s Women’s Football team, the Lionesses, it’s still sometimes viewed as more of a men's activity. Over at Age UK Sheffield, where there’s a thriving walking football programme running, they’re working hard to change minds and get more women on the pitch.

“Once people try it they enjoy it, but getting people to engage at that first initial stage has required some careful thought,” says Jo Woodward, one of the organisers of Age UK Sheffield’s Walking Football programme, which offers women’s and mixed sessions. “The immediate response [from older women] has been ‘well that’s not for me.’ Positioning it as a social opportunity and a chance to be active has increased participation.”

Walking football does exactly what it says on the tin – it’s a no-running version of football played in teams, and an excellent way to keep active as you get older. No prior experience is necessary and it can be a great way to catch up with friends old and new.

We speak to four local Age UKs about the benefits the Age UK Walking Football Programme is bringing to older people in their communities.

Despite the many benefits walking football offers, Age UK Sheffield didn’t initially find it easy to get older women engaged. The marketing of their women’s sessions has been key.

“[The women we work with] don’t often get the opportunity to engage in sport and tend to stick to traditional forms of exercise such as chair aerobics,” explains Jo. “But COVID-19 has created a push in people wanting to take better care of their health and improve their strength and coordination. The social aspect is also a real selling point.

“We’ve altered the language we used to get better engagement and buy-in, and utilised a familiar, local, indoor venue that many of our participants use for existing classes so they felt at home in the environment.”

Jo and the team at Age UK Sheffield are also looking to recruit participants from different age groups. “That more intergenerational approach in itself as huge benefits.”

While there aren’t yet as many older women taking part in walking football as men, there are a growing number of trailblazers showing that the sport has no gender. Kelly Thomas runs a mixed walking football session for Age UK Sheffield and is proud of the contribution of their (for now) only female player, Myra: 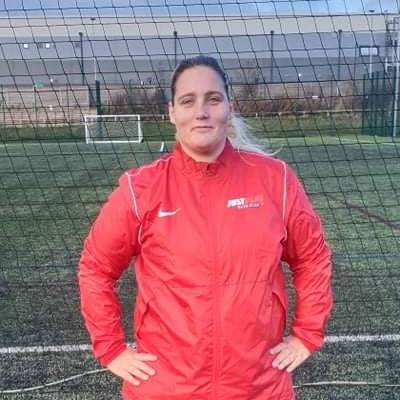 "Myra loves the competitive spirit and the opportunity to demonstrate that women can play a sport which is predominantly male-dominated. She challenges the stereotype that women can’t play on an equal level to the male participants.”

Why Mrya loves the game

Myra, 61, personally doesn’t feel it makes much difference that she’s the only woman on the team. “Sometimes I feel I have to prove myself when there are new chaps coming,” she says. “But I must admit, as I get to know the lads, they’re very supportive – and very complimentary about ladies’ football.” 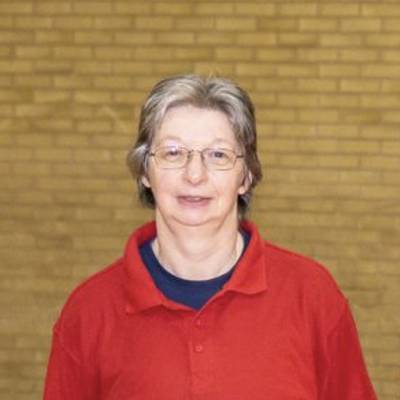 "When I found out about the local walking football team, I decided to wander up to see what it was all about. From there, I was hooked."

Myra’s been involved with walking football for about 5 years, but it’s the culmination of a lifelong love of the game. “I used to play when I was younger, and I’ve always been interested,” she explains. “When I found out about the local walking football team, I decided to wander up to see what it was all about. From there, I was hooked.”

As a grandparent and carer for her mother, Myra doesn’t have a lot of free time, but she makes sure to protect her ‘football time.’ “I just love football!” she says. “For me it’s about getting together with others, increasing my fitness, and keeping active.”

Before the final whistle blows…

Jo shares her advice for any women thinking about giving walking football a go:

“Come along with your friends and have some fun in a non-pressured, non-competitive environment. Become pioneers of women’s walking football!”

“Give it a go, it’s fun! I’ve known people who’ve come and have never played football before – male and female – and they’ve fallen in love with it. It’s a great way to meet people, keep fit and do something you love.”

Find out more about walking football near you

The Age UK Walking Football Programme has a goal of reaching more than 1,000 older people in communities across England. 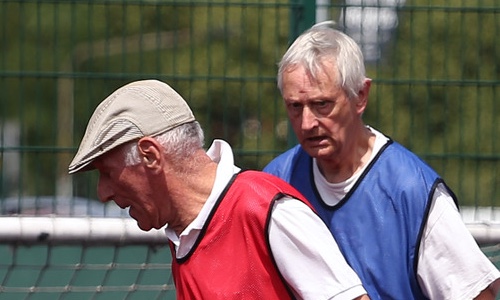 Four local Age UKs discuss the benefits of the Age UK Walking Football Programme for older people in their communities.