How and why your thinking skills change

We differ from each other in the way our thinking skills age. Why? One explanation is that some people have better resilience to the effects of ageing because they have developed a better capacity or ‘reserve’ to cope with changes. Professor Yaakov Stern of Columbia University explores this concept.

What is cognitive reserve?

‘Cognitive reserve’ is the idea that people develop a reserve of thinking abilities during their lives, and that this protects them against losses that can occur through ageing and disease.

As a consequence, they develop resilience and so have more reserve to call on in older age, rather like the conscientious saver has a reserve of money to call on for ‘rainy days’.

Where does the idea come from?

The idea stems from the observation that there does not appear to be a direct relationship between the degree of brain changes in any given individual and the outward signs of those changes.

In other words, people differ from each other in their ability to cope with changes resulting from ageing, disease or brain injury. This observation has been seen repeatedly in people taking part in research and in patients in the health system.

For example, many studies have shown that two people with the same amount of age-related changes to their brain can perform vastly differently on cognitive tasks.

Similarly, two people with Alzheimer’s disease who appear similar in their cognitive ability can have vastly different amounts of the changes in the brain that underlie the disease.

Why do some people have better cognitive reserve?

It is clear that there are differences between people in their cognitive reserve. In the face of disruption caused by ageing or disease, some people’s brains cope better than others. Why?

Research suggests that our level of intelligence, which traces back to childhood, and our set of lifetime experiences, help build cognitive reserve and may account for differences in cognitive reserve between us.

The lifetime experiences include education, having an engaging occupation and taking part in stimulating activities, the latter ideally combining leisure activities, learning and social interactions.

The evidence that lifetime experiences help build cognitive reserve comes from studies of large groups of people over long periods of time. Such studies have repeatedly found that these life experiences are associated with a slower rate of cognitive decline in normal ageing and reduced risk of developing Alzheimer’s disease. In other words, higher attainment and engagement appear to protect cognitive function in ageing.

Indeed, some studies have suggested that these life experiences may reduce the risk of Alzheimer’s disease by 35-40%. The changes in the brain that are seen in the disease may still occur, but these people cope better and won’t ever be diagnosed because they don’t present any symptoms.

A complementary idea is 'brain maintenance', which suggests that some of the same activities, as well as others such as exercise, actually help maintain the integrity of the brain itself in the face of ageing.

How does reserve actually develop?

An interesting question is how cognitive reserve develops when we engage in the life experiences and activities discussed above. The mechanism isn’t yet clear and is the topic of much research.

One possibility is that these activities stimulate new or stronger connections in the brain and the brain networks that underlie specific cognitive functions are therefore more efficient, or of higher capacity, in some people than others.

Similarly, some people may be better able to flexibly employ alternate strategies in the event that the typical brain networks are disrupted. Some researchers have even identified specific patterns of brain connectivity or brain activation that could underlie reserve across many different activities.

A ‘recipe’ for successful ageing?

The cognitive reserve hypothesis gives hope that exposure to various sorts of stimulating activities can help us to age successfully. It also leads us to ask what people can do to help increase their cognitive reserve?

It is still unclear what the ‘recipe’ for this is. The evidence from studies of large populations suggests that it is exposure to the experiences and activities discussed above across the lifetime that contribute to reserve, but we do not yet know what specific activities would slow the rate of cognitive decline or reduce the risk of dementia.

Controlled studies to identify those specific activities are underway. In the interim, evidence suggests that the earlier we start building our cognitive reserve, the better, but that we can continue to develop reserve in later life. So it is never too early or too late to start, and the more activities, the better: the effect appears to be cumulative. 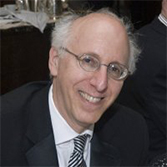 Yaakov Stern is Professor of Neuropsychology at the Columbia University College of Physicians and Surgeons in New York City. He heads the Cognitive Neuroscience Division in the College’s Department of Neurology. His research focuses on brain and functional changes associated with cognitive changes in ageing and dementia.