We're increasingly hearing about the South African and Brazilian variants of coronavirus, but what do they mean for our risk? And what could they mean for the effectiveness of vaccines? Dr Elizabeth Webb explains what we currently know.

Recently in the news we’ve heard a lot about new coronavirus variants from South Africa and Brazil. These new variants come swiftly on the heels of the new UK variant that we’ve also heard so much about. Should we be concerned?

There are thousands of variants of coronavirus around the world, but 3 – the UK variant, the South African variant and the Brazilian variant – have been given ‘variant of concern’ status by scientists.

Variants arise when errors – mutations – are made when the virus’ genetic code is copied, when the virus replicates. Many of these mutations make no difference to the structure of the virus, some give the virus a disadvantage and others give what we call a ‘selective advantage’. When a mutation that provides a selective advantage arises that variant becomes more widespread and may then be identified as a variant of concern.

We discussed the UK variant – scientific name B.1.1.7 – earlier this week. The UK variant spreads more easily, and early evidence suggests that people who catch it may be more likely to die from it. However, it doesn’t seem that the changes in the UK variant change our immune response to it. Evidence suggests that people who have natural immunity through having had previous variants of coronavirus are protected from this variant, as will people who have immunity through a coronavirus vaccine.

What do we know about the South African and Brazilian variants?

The South African variant – B.1.351 – emerged in October 2020 in South Africa and has since been identified in several countries around the world, including the UK. There is early evidence of it spreading in the UK, as some people who have it have no history of travel to South Africa.

The Brazilian variant – P.1 – was identified more recently, initially in Brazilian travellers to Japan in January 2021, although it is thought to have emerged in Brazil last summer.

These variants have led to plans to tighten UK quarantine rules for people coming from some countries, and some local areas in the UK are increasing their coronavirus testing response to cases of the South African variant.

What is different about these new variants?

Although both the South African and Brazilian variants have arisen independently of the UK variant, one mutation – N501Y – is present in all 3 variants of concern. This mutation leads to a change in the shape of the spike protein in a way that scientists think improves the UK variant’s ability to access our cells. This mutation may be why the UK variant is easier to catch than previous variants, and the possible increased chances of dying.

Although the South African and Brazilian variants have both spread rapidly in the places they first arose, there is not yet evidence of whether they are easier to catch. There is also no evidence that people who catch the South African or Brazilian variants are more likely to die than people who catch other variants. It is too early to say whether this is because they don’t differ from previous variants in these ways or is just because they haven’t been studied closely enough yet.

This could mean our immune responses – due to either having had previous variants of coronavirus, or from vaccination – may not be as good at protecting us against the South African and Brazilian variants. Again, this is an area where information is still emerging, and the picture is very uncertain.

Why do the variants of concern share so many mutations?

The 3 variants of concern have all emerged separately from each other. However, they each have some identical mutations in common. The fact that some of the same mutations are seen in the 3 variants of concern is an example of ‘convergent evolution,’ where a mutation arises more than once, independently. If such a mutation becomes widespread it suggests that the mutation makes is easier for the variant to survive, replicate or spread, and having the mutation is an advantage for the virus.

A very new example of convergent evolution is that one of the mutations the South African and Brazilian variants share – E484K – has arisen independently in the UK variant in a small number of cases in the UK. Although this version of the UK variant is not yet widespread, scientists are keeping a close eye on it.

What if the vaccines work less well?

If the vaccines are found to be substantially less effective in protecting us against variants of coronavirus that become widespread in the UK, the vaccines can be altered to improve the protection they provide. Work to adapt the Oxford/AstraZeneca vaccine has already begun.

The emergence of these 3 variants of concern is, however, a useful reminder to us all that vaccination alone is unlikely to end the coronavirus pandemic. The more the virus replicates, the more chances there are for further variants of concern to arise. To minimise the chances of this, we need to do what we can to reduce the spread of coronavirus. 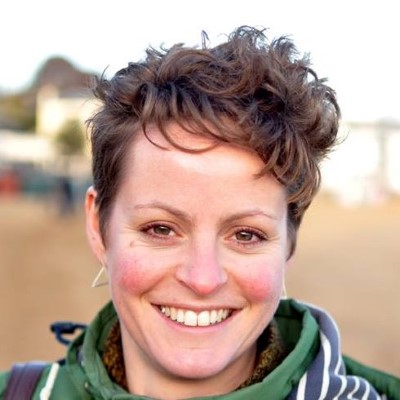 Worried about variants in your area?

If you live in an area where a new variant is spreading, you're advised to take extra precautions to stop the spread. This includes things such as getting tested regularly and meeting outdoors rather than indoors where possible.

Read more about these extra precautions and find out if you live in an affected area.

Dr Elizabeth Webb answers the questions we all have regarding the coronavirus vaccine and new variants of the virus.

Age UK's Dr Elizabeth Webb answers the most pressing questions around B.1.617.2, known as 'the Indian variant'.

How is the coronavirus vaccine rollout going?

A new variant of coronavirus

Dr Elizabeth Webb explains we know about the 'new variant' of the coronavirus.

Key advice when thinking about going abroad in 2021

Is it OK for us to go abroad now? Here's what to consider if you're thinking of making plans.

Dr Elizabeth Webb explains what this means for us, while reminding us to follow the rules to minimise our risk.