As the State has retreated and failed to fulfil its social care duties, it is women who have often paid the price.

Our report shines a light on what is happening to many women across the country today, through the stories of four women who are caring for loved ones.

Sarah, Rasila, Joyce and Elaine have had to make difficult decisions about working and caring for loved ones, putting their own lives and interests on hold. These are their stories.

It's time the Government delivered

The failings of the care system mean that women in particular are often left to pick up the pieces. Some are at breaking point and many more at risk of it.

How much longer can women carry the burden of our crumbling social care system? The delays and false promises need to end. 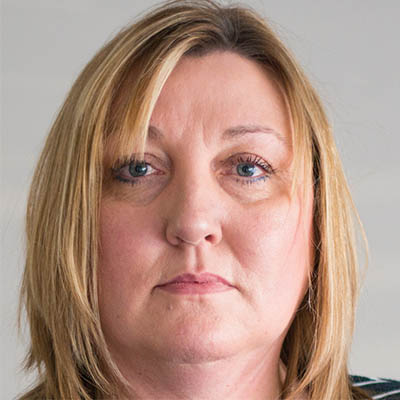 "It's hard work, it's exhausting, I don't think there's a day gone by in the last three years where I've not sat there and cried my eyes out."

Too many older people don’t get the essential care they desperately need. We're campaigning to get the Government to address this.

We define a sandwich carer as someone who i) is a parent, be that a biological, step, adoptive or foster parent, living with their child(ren) aged 16 or younger and ii) is providing informal care for an older relative – a parent, parent-in-law, grandparent, aunt or uncle – whether or not that older relative lives with them.

We used data from wave 8 of the UK Household Longitudinal Study (UKHLS, Understanding Society), which surveys people living in around 40,000 households across the UK annually. These data were collected in 2016-2018 and were published in November 2018. Our analysis was restricted to people aged 16 and older.

We took our estimates from UKHLS and used Office for National Statistics mid-year population estimates for 2017 to scale these up to the national population. ONS estimates that in mid-2017 there were 53,534,872 people aged 16 and older living in the UK.