Solitude and loneliness in the age of coronavirus

“What's happening now is without precedent...”

The author of a new study on solitude discusses the book and possible outcomes of this current climate of isolation.

David Vincent’s new book is called A History of Solitude, which examines the various reasons people have chosen to be alone since the 18th century.  In light of the coronavirus outbreak and Government measures to prevent the spread of the virus, it’s proved to be a timely study.

“I’ve had a lot more interest than I could ever have anticipated when I started the book 3 years ago,” says David, speaking to Age UK from his home in Shropshire, where, like everyone else, he’s practising social distancing while keeping in touch with loved ones (he has three children and four grandchildren – with one on the way).

Here are 7 key things we learned from our conversation with David.

David is a historian specialising in Britain since the 18th century. “At the end of the 18th century and the beginning of the 19th century there were major changes in how solitude was considered as an idea and practice, and how it was undertaken,” he explains. Despite the book’s 300-year focus, from the solitude embraced by the artists, writers and composers of the Romantic Movement, to the “networked solitude” of the internet age, David suggests the current events we’re witnessing are one of a kind.

“What’s happening now is practically without precedent – we’ve never seen anything like it in this country. There was the Spanish Flu epidemic of 1918-1919, and part of the reason that killed so many people was that the world was completely disordered after the First World War, so it took a long time for governments to generate the resources to manage. Despite the recent history of underinvestment in social services and the NHS, we are in a much better place now.” 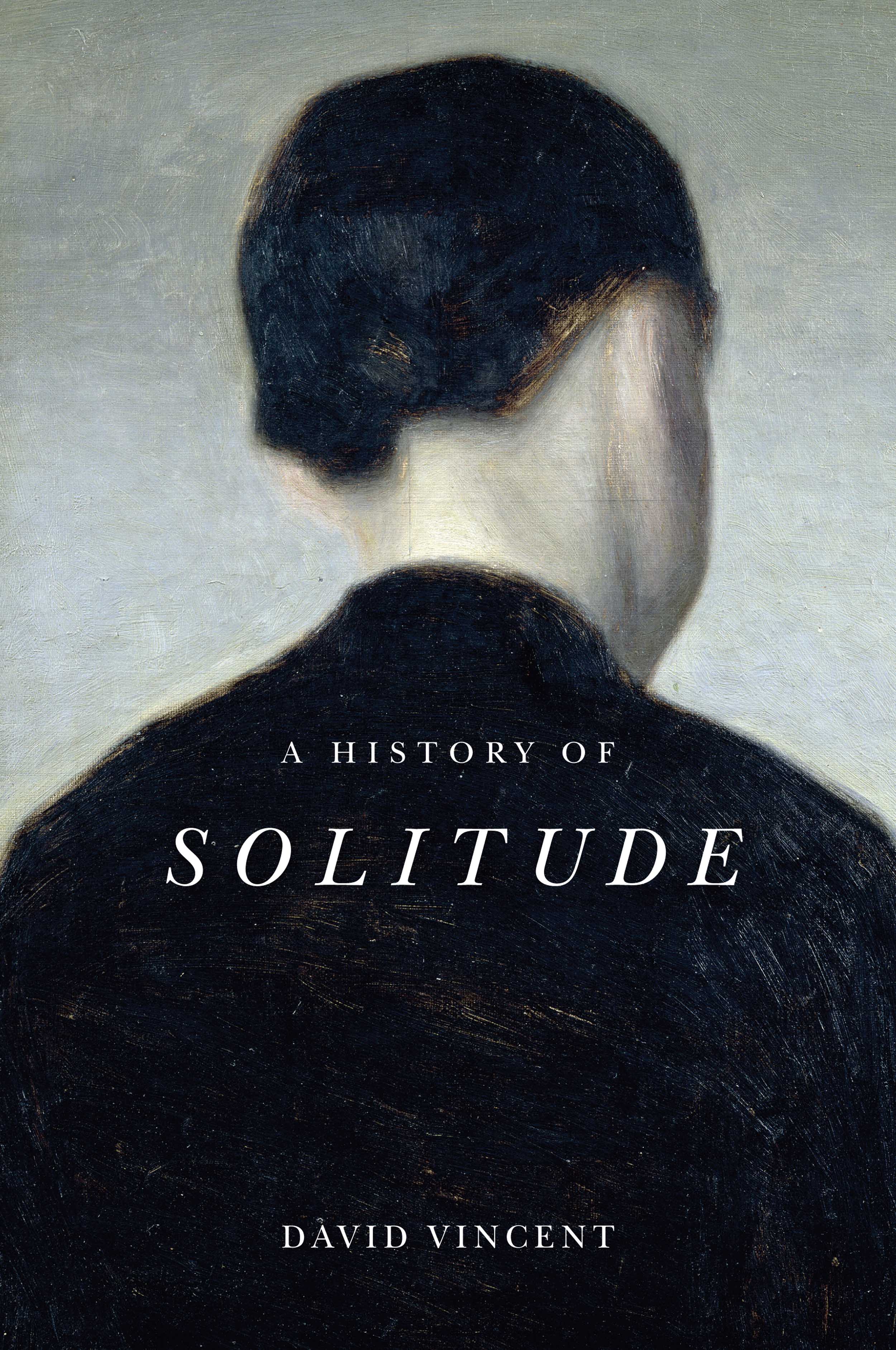 David highlights that before 1945, single-person households – a home containing one person living alone – were almost unknown. During the Second World War, which David describes as “the last great crisis”, there were studies of women who had lost their boyfriends or husbands to conscription and children to evacuation, on whether they could cope with being by themselves. The studies found that on the whole they didn’t like it, seeking company where they could and taking on work to alleviate loneliness. That soon changed, though. “You could argue the aftermath of the Second World War made living alone an attractive proposition.”

In Britain today, single-person households make up almost a third of the population (in Sweden it’s half). It’s a demographic that’s largely grown out of choice, with many viewing living alone as feasible and enjoyable, though not without its problems. It’s also been made easier by a variety of developments, such as advances in technology.

“Resources for living by yourself have become much richer,” explains David. “You have to think about the impact of the current crisis in those terms – we have inherited a whole range of devices and tools for living alone. We therefore shouldn’t now regard isolation itself as an unnatural, unexpected, unpractised activity.”

David acknowledges there are still those for whom the prospect will be challenging. “The cuts since 2010 have increasingly made living by yourself a risky business if you’re older or poor.”

There are around 3 million people aged 70 and older not online, so lots of people missing out on the benefits of digital technology. Here are the ways it can help, and how to take steps to being better connected.

3. The key is moving between solitude and company

Writing is a solitary pursuit, with David retreating to his study in the converted pigsty in his garden to work. He’s maintained his usual routine during social distancing, getting up and working throughout the day, writing blogs and taking part in phone interviews, before doing some gardening and spending time with his wife.

“What’s made my life bearable and enjoyable is that I can move between the conditions of isolation for work and going back into my house to be with my wife at will,” he reveals. “For me, the key to productive solitude is the capacity to move between solitary and social activities.”

4. Loneliness is the dark side of solitude

“It would be seriously challenging for me,” says David of what would happen if he weren’t able to strike this balance between being alone and not, and how it would impact his work. “Most people engage in solitude knowing they can move out of it when they want to. The danger in our present crisis is that when we’re forced into isolation, the dark side of solitude, loneliness, becomes more apparent.”

5. This is a chance for the Government to regain trust

Are older people, some of them from the wartime generation, likely to trust the Government’s recommendations on shielding? Yes and no, according to David – himself a retiree. “I think a great deal will depend on the extent to which those who are isolated understand the reasons for it and trust the State not to mess things up,” he says. “Consent can be engineered by circumstance, if you trust those circumstances. Trust is absolutely crucial in this. If that goes, then everything goes.”

He continues: “The State has let older people down badly since 2008. In a way it’s not for older people to gain trust, it’s for the State to demonstrate it’s capable of earning their trust. The jury is still out whether the social care system will collapse under the weight of this, or whether older people most at risk will get what they need if they are hospitalised. If those things happen, the experience of isolation is going to be very bitter and damaging to the social structure more broadly.”

Older people could find themselves better protected and more considered than ever.

6. The past could provide an indication of the future

The Labour Government of 1945 engineered a major shift in the State’s responsibility to British society with the creation of the welfare state and the NHS. When the subsequent Conservative Government of 1951 maintained this, a political consensus was reached. David thinks it’s possible this could be achieved again when the threat of coronavirus is contained.

“There is a clear prospect we may enter that world when the dust settles,” he says. “The drive for individualism may be halted, and older people could find themselves better protected and more considered than they’ve ever been.”

7. This period could turn us all into historians

David is sure historians will be writing about this period for the rest of the 21st century, with the first books surely already being commissioned and planned.

David suggests that being a historian is something anyone can pursue, particularly while shielding. “History, unlike many other intellectual activities, is very democratic,” he says. “You don’t need a PhD or university training, and the online resources for doing it are colossal. The amount of material online is huge. Older people can research where they live and their family history. They can do it all without leaving their homes. It’s all out there, so you could argue that one way to get through this is to turn everyone into historians.”

A History of Solitude is out now via Polity Press.

Coronavirus variants dominate the headlines. But what do they mean for risk and the effectiveness of vaccines?

Joyce is her husband's carer. Coping was already tough, but coronavirus guidelines have intensified things.

Everyone aged 12 and over is now eligible for their coronavirus vaccine. If you haven't had yours yet, it's not too...

Providing the right information during the coronavirus outbreak

Our Senior Content Producer explains how we're providing information for older people during the coronavirus crisis.

Try our ideas for keeping yourself busy - from knitting and gardening to poetry and puzzles.