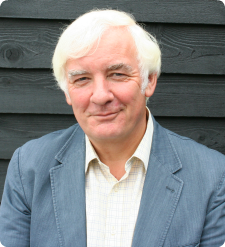 Anthony is a solicitor now retired from practice but still engaged in consultancy work.  He is currently a Trustee of several local charities and has experience in the governance of charities providing social housing and care for the blind and also Church based care in the community.

A Suffolk resident all his life he has a love of the countryside, gardening and dogs and a large family to keep up with. 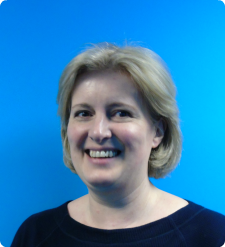 Helen is a Chartered Accountant and has worked both in the City and in commerce. In 2004 she was one of the first women to be awarded Chartered Director accreditation by the Institute of Directors.

Helen says that her Grandparents were a great influence in her life and she misses them every day. Her Grandmother's dementia crept up on them and the family found it hard to cope. They were grateful for the advice and support that they received from a number of charities.

Following her own life threatening illness she vowed to use her work/life skills to help others. Volunteering at Age UK Suffolk is part of that pledge. Helen has been a trustee since October 2013 and was elected as Treasurer in December 2013. 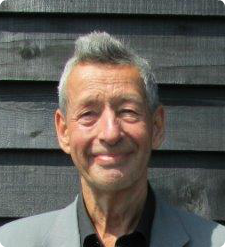 Peter has a number of non-executive roles as trustee or investment advisor to pension schemes and charities.  He spent many years working for financial institutions in the city of London.

Prior to his retirement from full time work, he was the Investment Director of Friends Provident Life Office.

In Suffolk, he is Chair of Foundation East and a director of Orwell Housing and has previously been a director of Havebury Housing. 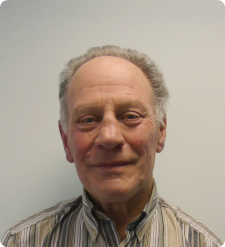 John qualified as a chartered accountant in 1960 and was a taxation accountant and chief accountant before spending the last 27 years of his working life with the Philips Electronics Group as Management Accountant, Chief Accountant and then Financial Director of Philips Lighting UK.

He was also a member of the management team and involved in all aspects of the business.  He is very involved in his local community in the Kersey and Hadleigh areas and has first hand experience of the difficulties that elderly people can experience in rural communities.

John became a Trustee for Age UK Suffolk in 2006. 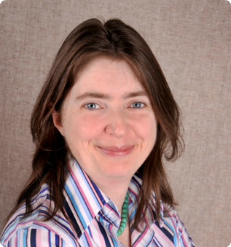 Emma is a local Solicitor and Partner specialising in Wills, Probate and Court of Protection work.   She is both an Attorney and Court appointed Deputy for a number of clients. Emma is passionate about ensuring people have the information they need to gain the help and assistance and retain their independence at all stages of their life. Emma is a Dementia Champion and has given information sessions to her colleagues to enable their offices to be as Dementia friendly as possible.

Emma has been a governor at Holbrook Primary School for eight years during that time being both Chair of Governors and Chair of Finance and Resources.  She is married with two boys, a rather wild garden in need of taming and a house in the process of being renovated. 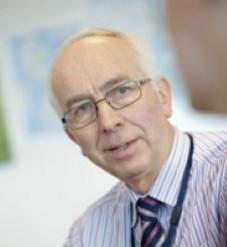 David joined Age UK in 2012, following a career spanning 36 years with Barclays Bank where he served in Branch and Regional roles before moving to national roles for the last 10 years of his service. His final appointment was as Head of Change Delivery for the Retail Bank.

He then spent 6 years as Deputy CEO in a small national charity supporting Homeless People, before joining Age UK as a Partner Relations Manager, based in the Eastern Area Office and then becoming Head of Partner Information in 2013.

In June 2016, David was invited to lead a two-year project addressing financial governance and management across the Age UK Partner network. His skills and experience in these fields, developed over very many years, ideally supports this role.

rnold Barrow
Arnold spent was Chief Probation Officer in Suffolk from 1984 to 2001 and for the next 3 years he was Area Manager for Victim Support Suffolk with responsibility for creating a countywide service for victims and witnesses of crime.  From 2003 until 2016 he was a member of the Parole Board for England and Wales.
Arnold is a member of the Salvation Army Emergency Unit assisting emergency services in major incidents and for the past three years he and his wife have volunteered at an orphanage in Tanzania.  With personal awareness of the needs of the elderly, he welcomes the opportunity to be part of AGE UK Su