The four faces of dementia

1 in every 14 people over 65 in the UK lives with dementia, having a huge impact on individuals and society as a whole.

But what is it actually like to live with and how does it affect those people who encounter dementia on a daily basis?

Liz Vercoe talks to four people for whom dementia is or has been a day-to-day experience.

Keith: the person living with dementia

For Keith Oliver the diagnosis of dementia when he was just 55 seemed incomprehensible. Now in his 60s, he is a dementia ambassador for Kent and Medway Health Trust and involved in educating others about the condition.

At first Keith Oliver’s doctor thought he’d had a minor stroke. It would have explained Keith’s symptoms of loss of balance and mobility, and the forgetfulness.

But a series of tests, including MRI and CT scans, revealed the truth: Keith had the early stages of Alzheimer’s Disease, the most common form of dementia, where a build-up of ‘plaques’ in the brain affects its functioning. As yet there is no cure.

‘It was a shock,’ recalls Keith. ‘I thought of dementia as something that affected very old people sitting in nursing homes.

'I feel fortunate in that it took only 7 months to get a firm diagnosis, because the uncertainty is more draining than knowing what you are dealing with. It was very hard on my wife Rosemary.'

‘On April 1, 2011, my career of 35 years in teaching came to a close,’ says Keith. The primary school headteacher could no longer operate effectively and knew he had to let go. ‘I was having trouble meeting deadlines and I could only concentrate on one thing at a time. The staff were getting worried.’

‘Probably the hardest thing was giving up my job,’ Keith admits. ‘But I have been invited by a local school to go in and listen to the children read each week. I love it.’

‘When I look back at the person I was, the job I did, the things I was able to do, it feels like a different person rather than “me before”,’ Keith explains.

Talking to Keith, 4 years on from his diagnosis and in a week in which he has delivered two lectures on dementia in London, you’d be pushed to know anything is wrong.

But listening to the large amount of planning that has to go into making everyday things work smoothly, the enormity of the condition becomes startlingly evident. For example, Keith has the subject areas I’ve asked him to cover in front of him and written reminders of what he wants to say.

Keith and his wife thought long and hard about whether he should carry a help-card explaining he has dementia, but in the end decided that the benefits outweighed the risk of being exploited.

'It’s helped,' Keith enthuses. 'Once I bought a rail ticket after forgetting my colleague was getting them. My card helped me explain and get my money back. You can order cards on the Alzheimer’s Society website.'

An extra burden on his marriage

Keith fully acknowledges the extra burden his condition places on his wife: ‘We’ve always decorated together and last October we got round to redecorating a room,' Keith says. 'It was very fulfilling, but Rosemary did about 70% of the work as I have problems with spatial awareness. Even filling in forms falls to Rosemary because I find it hard to decide what to answer.'

'My inability to retain what I’ve just been told means I say the same things to her, which must be very irritating. And it’s frustrating for me.

‘I would advise every couple to strive to continue to use the strengths in their relationship. And early diagnosis does mean you can get your will up-to-date, and your finances and health documented and discussed with your family.’

And yet despite all these challenges, Keith manages to keep a positive outlook on life.

'These days I’m putting a lot of effort into doing anything that will help get rid of the stigma attached to the word dementia or will help improve services for people diagnosed with it. I find that stimulating,' Keith says.

'After diagnosis and a few weeks of support many people feel they fall under the radar. So with Kent and Medway Health Trust Partnership backing we have set up a forget-me-not group. It’s a support network and several of us give talks and consult on services.’

‘I am determined to do things I enjoy and find interesting, and to live life to the full.’

‘Life has changed enormously,’ Keith reflects. ‘But Rosemary and I have always said when one door closes another opens. We enjoy an annual trip to Australia, and I can still get travel insurance as long as I travel with a named person.’

Michael: Caring for someone with dementia

Teacher Michael Fassio cared for his Italian-born mother Renza through the progressive stages of dementia from 2001 until her death in 2008.

‘At first I didn’t face up to the fact that Mum had dementia. I thought of it as ‘forgetful’ and ‘scatty’. I did notice she used the weekly television guide as a calendar to mark when I was going to visit, even though I went on the same day. But she went shopping as usual, and still cycled. She was 75.

‘But a neighbour later told me that sometimes she got very upset with herself for being forgetful. Then one day she got lost when cycling locally. My sister, who’s a nurse, realised what was happening and tried to tell me.

By 2003 Renza was living with Michael, no longer able to deal with shopping or money. But the less she could do, the more restless she became. So she and Michael would go for walks. Five or six times a day. ‘She loved walking, holding my hand, looking at the flowers and the river, chatting. She got so fit. ‘

Twelve months later, however, Michael was finding it hard to cope and still finds that time difficult to talk about. ‘Mum became irrational and would hallucinate and get terribly upset. I remember saying ‘Don’t worry, I’ll be your memory’ but I also had to pacify her when she thought she saw people in the garden.’

This passed but Renza also stopped speaking English and reverted to the Italian of her childhood.

Renza’s physical needs were also becoming more demanding, as she needed increasing help with dressing, toileting and bathing. ‘I don’t know how I would have coped if I’d anyone else but myself to look after,’ says Michael candidly. ‘And I was only able to earn a quarter of my full-time income at that point. But I was truly worried that no nursing home could care for her and understand her as well as I could.’

Renza became ever more childlike. Even if given to dramatic explosions of Italian temper that Michael laughingly likens to a performance by Sophia Loren. He even managed to fulfill her dream of a visit to her sister in Italy. Not that easy because, although you can ask for assistance with travel, people with dementia hold no truck with timetables!

‘Despite everything I never felt Mum was lost to me. In fact I look back and I feel I got to know her better because of the dementia. She told me all about her childhood and her family in 1930s Italy. Several times over!’

Find out how to buy Michael's book, Dementia and Mum, who really cares?, from his website www.michaelfassio.co.uk 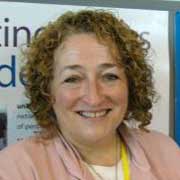 Admiral Nurses are specialist mental health nurses who focus on dementia. They work with family carers and people with dementia and are supplied by the charity Dementia UK.

'People don’t always realise that we are here to support the carer rather than nurse the person with dementia,' says Admiral Nurse Maureen Kanabar.

‘But if we work with the carers, we are able to pass on our expertise to many more people. They are the ones who are making what are sometimes very difficult decisions about their loved ones while being under great stress themselves.

‘I specialised in dementia about 10 years ago and worked as a memory nurse specialist in the East Herts Memory Service. Then I did an MSc in ageing and mental health before seeing this job advertised and I knew it was perfect for me.

Knowing where to turn

‘Carers often do not know who to turn to for the right information as well as suffering the most enormous guilt when they feel angry or lonely or can’t cope. I was recently an advocate for a carer who was being pushed by social services to keep a relative at home. But they weren’t looking at the whole picture. If the carer couldn’t cope it wouldn’t be in anyone’s interest.

'Some of the most distressing times for carers come when the person they are looking after becomes uncooperative, or no longer recognises them or, worse, in the case of a son or daughter, is convinced it's their husband or wife.

'And knowing I am helping is the best thing about being an Admiral Nurse. That and witnessing examples of such great love and devotion. It renews all your faith in human nature.'

To find out more about Admiral Nurses and get their helpline details and opening times, visit the Dementia UK website.

John: Searching for a dementia cure

Professor John Hardy is one of the world's leading experts on Alzheimer's research.

While drug treatments are available that can sometimes delay the progress of the symptoms, at present there are no treatments to prevent or cure Alzheimer’s disease.

However trials of new therapies have started, based on the latest information on what causes Alzheimer’s disease.

‘Over the last few years we have made real progress in understanding the causes,’ says John Hardy, professor of neuroscience at University College London and one of the world’s leading experts on Alzheimer’s research. ‘Some are genetic and some seem to relate to early blood vessel damage.’

‘We have not yet gone from understanding to developing effective treatments, but we are trying! In fact the first trials testing therapies based on this understanding will report over the next two years. If they are successful we will know we are on the right road.’

There have also been recent reports of B vitamins, eating a Mediterranean diet, doing crosswords and taking exercise being helpful in connection with the prevention of dementia. Are they valid?, we asked John.

‘There’s no evidence as such,’ warns John, ‘but there’s no harm in taking moderate doses of vitamins and doing all of the others to keep your diet healthy, your blood pumping and your brain active.’

You may also find useful...