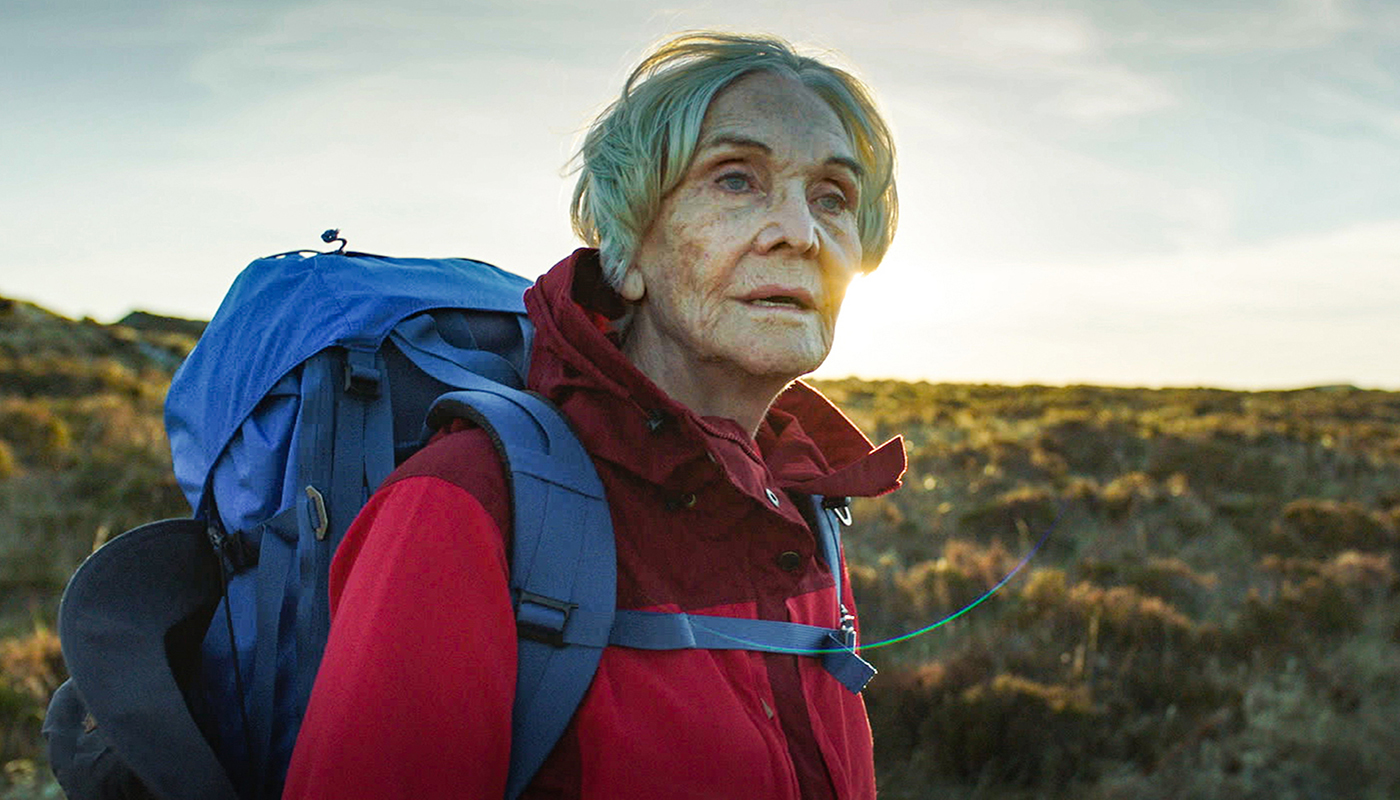 There have been plenty of films that embody the idea of challenging yourself in older age. Whether it’s a soul-searching drama like David Lynch’s The Straight Story (1999), in which the protagonist rides a lawnmower 240 miles to pay a visit to his ailing brother, or a tear-jerking animated effort like Pixar’s Up (2009), there’s something endlessly inspiring about the notion it’s never too late to try something new.

The British seem particularly adept at telling these stories in films like the Best Exotic Marigold Hotel – and its sequel – and more recently in feel-good favourite Finding Your Feet, starring Imelda Staunton, Timothy Spall and Joanna Lumley.

You can now add Edie to that number, which is released in cinemas today (25 May). It tells the story of Edith Moore, a woman in her eighties who’s reached a challenging point in her life. After the death of a husband she’d been caring for after he suffered a stroke 30 years earlier, and with a daughter keen to move her into a retirement home, Edie fears she’ll end up spending the rest of her life living with the regrets of the things she never got to do.

Chief among those unfulfilled dreams is a climbing trip to the Scottish Highlands, which she’d planned with her father decades earlier, but was unable to because of the objections from her late husband, who’d been a controlling man before his debilitating illness.

‘It’s never too late’ says the film’s tagline, and it’s a realisation that Edie comes to when she makes the decision that in spite of the obvious challenges, she’s going to finally take her dream trip – and to do so alone. Well, not quite alone, because with the 2,398ft peak of Mt Suilven looming before her, Edie decides to hire a local man, Jonny (played by Kevin Guthrie), to aid her with her preparation. And then… well that would be telling…

You’ll get no spoilers from us here, but what you will get is our chat with director Simon Hunter on his original inspiration for the film, Sheila Hancock’s impressive preparation, and his hopes for what Edie can teach cinemagoers. ‘This is an unashamedly upbeat film,’ he says.

How did the film come about?

‘It was a passion project. It was an idea I had when I met a student who was doing psychology at university. They told me that they wanted to be a journalist, so I said, “Well, why don’t you study journalism?” and they said, “I can’t! I’m a year into doing my doing my degree – that ship has sailed!” I couldn’t believe it; I remember thinking that it’s funny how we look at things like that. When that person gets to 28, 30, 40 or 50, they’ll look back and wonder what they were thinking, because it’s just a blip in time.”'

How did that evolve into the character being in her eighties?

‘I was thinking about what the least obvious way to express that idea was, and I thought about a women who’d got towards the end of her life and had an unhappy time. What if she then decided to change course – how late can you do it? What if you could do it in your twilight years? Can you do that and find happiness if you’ve had a repressed life up to that point? That was the germ of the idea, and then the mountain and the wilderness came later.’

Was Edie based on anyone in your life?

‘Nobody specifically, but there was in a broad sense in terms of the idea that we can be a bit dishonest and think that we get to the end of our lives and we’re happy older people, and yet the reality is that a lot of people get to the end of the life and full of regrets and feel that life hasn’t panned out the way that they’d hoped it would. And even if things did line up for someone, sometimes they can’t see that. I’d seen that in a lot of people, and I wanted to make something that spoke to them.’

What did you do to ensure the character of Edie reflected the nuances of older age?

‘I had lot of the discussions with a young Irish writer called Elizabeth O’Halloran. I brought her on [to the film] because I wanted a female voice in the script [she wrote the screenplay], and someone with a lightness of touch. She based the character very much on her grandmother, and we would talk about her and what she was like. Once you get inside the head of a character, you start to think about things in terms of what the character would do in any given situation. We’d be ordering a coffee and thinking, “How would Edie order a coffee?”’

And then it comes down to who brings that character to life. How did Sheila Hancock become involved?

‘I was sitting with the casting director and saying that I wanted someone of a good, ripe old age who can actually climb this mountain. We wanted the authenticity of actually really doing it. It was a nine mile hike just to the base of the mountain, where we’d have to camp out in the cold, so I asked if there was any actress anywhere who could deliver a world-class performance and actually do that. The casting director told me he’d just seen Sheila on stage in [the musical] Grey Gardens and she was bouncing around like a teenager. She’s an incredible woman and I don’t think she’s ever received the accolades that she deserves. We sent the script to her on the Monday, and at 10pm the same day we heard she wanted to do it. I met her two or three days later and the first thing she said to me was, “Simon, you don’t expect me to climb this mountain for real, do you?” and I just remember looking at the floor. Two or three days later she said “I’m going to have a go” and brought in an soldier who started training her in Richmond Park and going to the gym for three-and-a-half months beforehand. Mentally she had prepared to do it; she is fearless!’

The British have a knack for making films about people finding new purpose in later life, and they really resonate with audiences; why do you think that is?

‘It’s an interesting question. I think we’re quite an empiric nation and we do cynicism well. We also like to discuss issues and challenge them, which is possibly where it comes from. There’s a constant flow of discussion and debate in this country, but we also like humour as a way of exploring quite difficult things. I think it’s good to treat things with a lightness of touch, because it’s more hopeful and it reaches more people.’

What are your hopes for the film?

‘I want the film to give a little sense to older people that there is magic out there to take at whatever age you are. Sheila has been acting for many years, so to do a film like this at this point is an amazing accomplishment and says a lot about the fact you don’t have to be 18 to have the exhilaration of dreams and hopes.’